Colorectal cancer (bowel cancer) is among the most common malignant tumors. Despite the relatively slow progression of the disease, late detection causes high mortality - as much as 60% of all cases diagnosed. 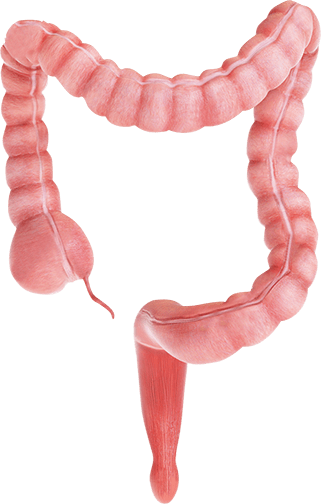 Warn yourself from diseases
Colorectal cancer

The name of this tumor is derived from the Latin terms for the sections of the large intestine where the neoplasm occurs: the colon is the bowel, and the rectum is the straight section at the end of the intestine. Colorectal cancer is the fourth most frequently occurring oncological disease in the world, and the second most common in countries with highly developed medical systems. There is at the present time a clear upward trend in morbidity. This is thought to be related to the introduction of early diagnostic techniques, increased life expectancy, aspects of the gene pool, the growing influence of external adverse factors, and changing lifestyles.

The disease is more often found in people in late middle age and the elderly: about 85% of all patients are over the age of 55. According to some estimates, the risk of bowel cancer doubles for each decade of a person’s life. Colorectal cancer is very rarely identified at age 30 or under.

Colorectal cancer develops as a result of mutations in the cells of the epithelium that lines the inner surface of the large intestine. A significant part in the development mechanism is played by errors in the anti-tumor defenses, when antibodies “don’t see” the atypical cancer cells and fail to remove them.

Risk factors for the disease include:

The significance of the genetic factor

Colorectal cancer is a disease with a clearly expressed genetic factor. While the risk of the disease in the population as a whole is 1%, the figure for close relatives of bowel cancer patients is 5-7%.

The hereditary factor in the occurrence of colorectal cancer is also confirmed by observation of patients with familial adenomatous polyposis and Lynch syndrome. Both conditions are classed as genetically determined diseases, and in the absolute majority of cases (between 80 and 100%) the outcome of the pathological process is malignant transformation progressing to bowel cancer.

majority of cases (between 80 and 100%) the outcome of the pathological process is malignant transformation progressing to bowel cancer.
Detection of a genetic predisposition to colorectal cancer involves examination of gene segments APC, hMLH1, hMSH2, hMSH6, hPMS1 and hPMS2, and a number of other genes. According to some authors, about 8% of the world population has an increased risk of colorectal cancer confirmed by genetic testing.

Bowel cancer progresses for a long time without symptoms: the tumor grows slowly and for a long time does not disrupt the movement of the bowel contents. The surface of the tumor site often bleeds, but the volume of bleeding is very small, so that no blood is observed visually in the stool during the initial stages.

The signs of bowel cancer are:


When colorectal cancer is suspected, the patient is prescribed a full examination focusing on identifying the tumor.

The following diagnostic techniques are used:

Palpation of the rectum through the anus (finger examination)
– enables detection of a rectal tumor 1 cm or more in diameter (depending on the experience and qualifications of the doctor).

Colonoscopy:
the most informative method of examination. Conducted by means of an endoscope, a flexible tube with a fiber-optic system for visualization and the possibility of guiding manipulators to the site under examination. Colonoscopy is the main diagnostic tool for colorectal cancer, as, in addition to allowing detailed examination of the intestinal mucous membrane, it enables material for biopsy, and any polyps or other small formations, to be removed.

CT colonoscopy
is performed on a spiral tomograph. This technique is considerably less informative than traditional colonoscopy as it does not permit manipulation within the intestinal lumen or the taking of a biopsy of suspicious areas.

Contrast irrigoscopy
– an x-ray technique, inferior in many ways to colonoscopy and therefore very rarely used.

Blood and urine analysis
– enables measurement of the hemoglobin level and other indicators of the patient’s general condition.

Ultrasound, CT and MRI
are prescribed individually for observation of metastatic sites.

Every year, thousands of people around the world are diagnosed with colorectal cancer. In more than half, by the time of diagnosis, the disease is already at the stage where it is spreading, by which time a complete cure is impossible. Hundreds of millions of dollars are spent purely on the possibility of prolonging life.

Don’t wait for the disease to strike! Protect yourself and your family - take a DNA test for genetic predisposition to colorectal cancer.

The stage of the disease is identified according to the results of a full examination, including histological study of the removed tumor and lymph nodes. The classification uses the TNM system that is traditional for oncological diseases. The degree of cancer spread is denoted by the three letters T, N, and M and by figures indicating the intensity of the process.

T1N0M0: the primary site is within the submucous layer of the large intestine; the lymph notes are clear; there are no metastases.

T2N1M0: the primary site extends to the muscle layer of the intestine wall; 2 affected lymph nodes are observed; there are no metastases.

T3N2M1: the tumor has spread to the full thickness of the intestine wall; 5 affected lymph nodes are observed; there are distant metastases.

The prognosis is most favorable when there is no spread of cancer cells, i.e. when there is a 0 after the letters N and M. The most unfavorable situation is that in example 3, where cancer invasions have been detected in the lymph nodes and in distant organs.

The basic treatment for bowel cancer is surgical removal of the tumor. The operation is conducted via a laparotomy; laparoscopy is usually not used because of the need for a wide view and the possible need to expand the operation. The primary site is cut out in one piece along with a section of healthy intestine, the soft tissue that surrounds the intestine in this area, and regional lymph nodes. All material removed is sent for histological examination in order to verify the effectiveness of the operation and to make an exact histological diagnosis – this is important for deciding tactics for further care of the patient.

The operation to remove the primary site normally concludes with a colostomy – the creation of an artificial orifice of the intestine in the front abdominal wall. As a rule, this is a temporary measure. After a few months, the colostomy is removed and the continuity of the intestinal lumen is surgically restored. Where the rectum is operated on, a permanent colostomy, with an artificial reservoir for fecal matter, may be required.

Metastases are also removed (if required) surgically. Statistically, the five-year survival rate following surgical removal of single metastases in the liver is 24-28%. Small metastatic tumors may be removed by means of coagulative hyperthermia: the pathological tissues are coagulated by means of a high-frequency current applied directly to the site during the operation.

In addition to surgical treatment, chemotherapy and radiotherapy are used. These are so-called adjuvant therapies, designed to prevent recurrence and metastasis. The aim is to destroy any atypical cells remaining in the body.

In many cases, radiotherapy may be prescribed in the preoperative period.

Immunotherapy for colorectal cancer is usually used where the cancer has spread. Drugs of this category stimulate anti-tumor immunity: antibodies actively identify cancer cells and destroy them.

As a result, the primary site shrinks, metastasis slows down and the patient’s life is prolonged.

Targeted therapy is a treatment method using monoclonal antibodies, which act in a targeted manner on tumor tissues without affecting healthy cells. Unlike chemotherapy, this approach is bearable for the patient and gives quite good treatment results.

Prevention of colorectal cancer involves eliminating the risk factors for the disease.

The following are recommended for this:

promptly treating diseases of the digestive tract, including removal of intestinal polyps;

An important component of prevention is screening – periodic examination to identify the disease early. The frequency and scope of the examination depends on the risk group.

For early diagnosis of people aged 50 and over with no established risk factors, one of the following methods is recommended:

1
analysis of feces for concealed blood

– once every ten years;

– once every five years.

For people in the risk group, screening is recommend from the age of 40, preferably by means of colonoscopy, this being the most informative diagnostic tool. To select an optimal screening schedule, a genetic test is indicated.

For patients with an established diagnosis of familial adenomatous polyposis or Lynch syndrome, colonoscopy once every year or two years, starting from age 25-30, is indicated. Polyps identified during the colonoscopy are removed, and suspicious areas are examined, and a biopsy taken for tissue typing.

In countries that have active colorectal cancer screening programs, not only is mortality from the disease successfully reduced, but the incidence of the disease is also reduced thanks to timely removal of the polyps that are the background to the development of cancer in many cases.

Check yourself and your family!

A DNA test is the only way to identify your individual risk of developing the disease. The test results will enable the best schedule of screening and other preventive measures to be devised.

Take care of your health – and your life – in good time. Take a DNA test for genetic predisposition to colorectal cancer, and make your disease prevention as effective as possible!