Migraine is a neurological disease whose principal symptom is a primary paroxysmal headache not related to organic nerve-tissue damage. Over 10% of the world’s population suffers from this condition. 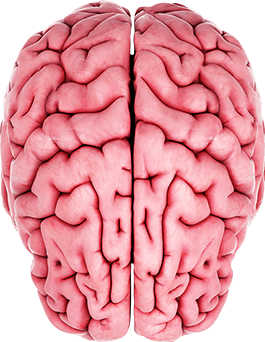 Warn yourself from diseases
Migraine

Migraine headache is usually unilateral (one-sided) and sufficiently intense to disrupt normal daily activity. The illness most often manifests between the ages of 12 and 20. The symptoms often progress over time: attacks may become more frequent and acquire a more severe clinical picture. From the age of 40-45, however, the intensity of the pain gradually declines, and by 60 the attacks may cease altogether. Migraine is very rarely encountered in children under 10: persistent headache in patients of this age group should be thoroughly investigated in order to identify any organic damage to the central nervous system.

Migraine is more common in women: men suffer 2.5 times less often. Out of all forms of headache, according to WHO experts, migraine is the worst for impairing quality of life and social adaptation.
Migraine: causes and development mechanism.

The development mechanism of the condition is still unknown. There are currently several theories as to how the disease arises, but none of them fully explains all the subtleties of its development, course and outcome.

During an attack, the blood vessels of the dura dilate, and this is evidently what causes the headache. However, it is not known what causes this loss of vascular tone, or why the pathological process is confined to one half of the head.

In general, the mechanism by which a migraine attack develops can be split into five stages:


Some researchers draw parallels between migraine and epilepsy: in both cases, the illness takes the form of attacks occasioned by a pathological process in the brain, and an attack often takes place as a result of a precipitating factor. The additional neurological symptoms, such as aura, also have many similar characteristics. Even so, these illnesses are treated in fundamentally different ways.

Years-long investigation of migraine has so far not led to the discovery of the precise causes of the illness. The highly important role of hereditary predisposition, however, is now well established.

The genetic factor in the development of migraine

Genetic predisposition is one of the most influential known risk factors for the development of the disease. This is borne out by the results of statistical studies of family cases of migraine. A family history of the disease can be established in nearly 70% of patients. If one of a pair of identical twins suffers from migraine, the other has a 60-65% chance of having it. A link has been identified between migraine and a number of hereditary diseases: people with mitochondrial genetic abnormalities, for example, suffer more migraine attacks than the population at large.

Scientists advance hypotheses about the role of calcium channel abnormalities in the development of the disease.

Scientists advance hypotheses about the role of calcium channel abnormalities in the development of the disease.For familial forms of migraine, for example, a mutation of the а1а gene, which is located on chromosome 19 and is responsible for the functioning of the calcium channel, has been identified. The flow of calcium through the channels of the cell membrane plays a crucial part in the transmission of nerve impulses. Disruption of the functioning of the calcium channel brings about changes in neurotransmission and in the release of particular pain neurotransmitters.

Another score or more of gene structures are known to play a role in the occurrence of the disease, and the detection of some of them is evidence of a very high risk of migraine.

Genetic testing is a supplementary diagnostic method enabling precise diagnosis and selection of the optimal treatment.

The main sign of migraine is attacks of headache. In many cases, the attack is preceded by a prodromal period, which manifests as a deterioration in general state of health: patients complain of weakness, depressed mood, irritability, inability to stand bright light, loud noises or intense odors, and appetite swings.
Prodromal symptoms are a supplementary, but not mandatory, criterion for a diagnosis of migraine.

The frequency of migraine attacks varies from 2-3 per year up to several per month. The duration of an attack can be between 3 hours and 3 days (20-22 hours on average).

Migraine headache is characterized by the following signs:


Migraine with aura occurs in 10% of patients. Aura is a set of neurological symptoms preceding an attack or coinciding with its onset. Aura lasts no more than an hour and may manifest in different ways:


Asthenic syndrome may be observed for several days after the attack, with pronounced weakness, fatigue, sleepiness and impaired capacity for work.

Every minute, all around the world, thousands of new migraine attacks begin, disrupting daily activities and robbing hundreds of men and women of the joy of life. Millions of dollars are spent on treatment and rehabilitation.

Don’t wait for disease to strike! Protect yourself and your family: take a DNA test for genetic predisposition to migraine.

Between attacks, patients may present no symptoms, but in many cases weak or moderate asthenoid manifestations may be observed:


Migraine in pregnancy may alter its usual course: in many patients attacks cease altogether, but in other cases they become more frequent and more severe. Pregnancy can be a trigger for the onset of the disease. There are no reliable signs by which the likely course of migraine during pregnancy can be predicted.

In nearly a fifth of migraine patients, the disease changes its clinical picture over time and takes a chronic course. The headaches lose many of the disease’s typical signs and become practically an everyday occurrence. This condition is considered to be a complication and is known as chronic migraine.

Migraine is diagnosed on the basis of an analysis of the patient’s complaints and a study of his neurological status; this is conducted by a neurologist using a standard set of neurological instruments. In many cases, when the clinical picture is atypical for migraine, diagnosis may require investigation for other brain diseases such as tumors, vascular abnormalities, hemorrhages, or parasitosis.

Migraine treatment is complex. There are three main strands to the therapy:

1
Halting an attack
that has already started;
2
Preventing
attacks;
3
Treating accompanying
diseases that aggravate
the course of migraine.
1
Halting attacks

The following drugs are used to stop an attack of migraine headache:

Analgesics and drugs in the NSAID group can be effective against mild and moderate pain syndrome, with the earliest possible use of migraine medication (at the first signs of an impending attack) often giving the best result.

The choice of drug to stop an attack depends on its individual effectiveness and consideration of possible side effects. For example, prolonged use of NSAIDs can be complicated by a drug-induced gastric ulcer, gastrointestinal bleeding and medication-overuse headaches.

For severe nausea accompanying migraine headache, it is advisable to use antiemetic drugs – metoclopramide or domperidone – alongside the migraine tablets.

Treatment to reduce the severity of the disease is indicated for very frequent and (or) prolonged attacks, severe complicating conditions (e.g. severe depression), hard-to-bear symptoms or poor results from medicines used to stop the attacks.

The following are prescribed for this purpose:

Precautionary treatment is selected empirically on an individual basis. In many cases, significant improvement can be obtained in the course of the disease, with attacks becoming short, rare and causing pain of minimal or moderate intensity.

Antispasmodics, nootropics, antioxidants, and muscle relaxants are prescribed according to indications to prevent complications and to treat accompanying diseases. Psychotherapy, acupuncture, relaxation techniques, massage, and therapeutic exercise may be helpful.

Professionally designed supplementary therapy can significantly improve quality of life for the patient and help reduce the frequency of migraine attacks.

A DNA test is the only way to establish a genetic predisposition to migraine and to determine the risk of developing the disease. The treating physician will use the test results to devise the optimal prevention and treatment schedule.

Take care of your health! Start prevention as soon as you can: take a DNA test for genetic predisposition to migraine.