Multiple sclerosis (disseminated sclerosis) is a neurological disease of an autoimmune nature with generalized conduction abnormality of nerve impulses caused by damage of myelin sheath of nerve fibers. Disease progression leads to extensive motor impairment, deterioration of quality of life and a reduction of its duration. 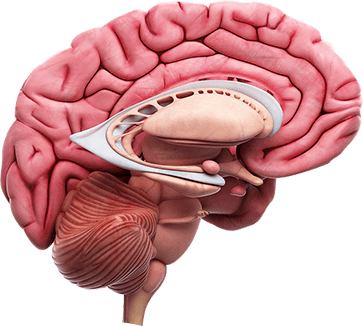 Warn yourself from diseases
Multiple sclerosis

Multiple sclerosis has a distinct geographical zonality. The inhabitants of the northern states of the USA, Canada, Russia, northern and central European Union countries, southern regions of Australia are most susceptible to disease: here disease frequency is in range of 0.04-0.05% among the population. The disease is most rare registered in regions with more sunlight - in Africa, in Asian countries, in Oceania, in Central and South America: the incidence rate in these areas is almost 10 times less.

Multiple sclerosis is 2 times more often diagnosed in women, but for men it usually has a less favorable couse. There are also noticeable differences in the racial distribution: the most affected are people of Caucasian race, the representatives of Mongoloid race are the least affected. The onset of the disease usually occurs at a young age: most diagnoses are first established for patients aged 15 to 40 years.

After the diagnosis was made, patients with disseminated sclerosis live on average 35 years. Some patients, especially under condition of early adequate treatment, retain satisfactory activity and the possibility of self-service for a long time. In other cases, disease initially acquires an aggressive course, while patients quickly lose the ability to move themselves and within 5-6 years need constant care.
Multiple sclerosis: causes of occurrence

The predominant role is played by autoimmune processes in the mechanism of the development of disease. For a number of poorly studied reasons, the patient's immune system begins to produce antibodies against the body's own cells with a predominant lesion of myelin sheath of nerve fibers. As a result of this autoaggression myelin is damaged (demyelination occurs), and it leads to anomalies in the conductivity of nerve impulses. Thanks to protective bodily machinery, the process of restoring myelin sheath starts, but its intensity is low, so the newly synthesized myelin does not have enough time to fully compensate the damage. With the course of time, the regenerative processes fade away, which aggravates structural changes in the nerve tissue.

The exact cause of the disease is unknown. The risk factors for disseminated sclerosis are:

The disease develops when one or more unfavorable factors affect the patient's body with certain genotype characteristics, among which the most significant are:

injuries.
Role of genetic factor in the development of multiple sclerosis

The role of genetic factor in the onset of disease is confirmed by statistical research. The risk of disseminated sclerosis of any member of family of a patient with an already established diagnosis is 10%; the same indicator for identical twins - about 30%.

Nowadays, it has been identified that there are several genes which determine the genetic predisposition to the disease. One of the most studied gene structures is the HLA system gene, which codes for the triggering of an autoimmune reaction in response

to external influences (for example, infective matter). Other genes determine the increased permeability of the blood-brain barrier - a special protective system that isolates cerebrospinal fluid from the circulatory and lymphatic systems.

The early onset of treatment of the disease is very important in terms of prognosis, so the definition of genetic predisposition to disseminated sclerosis can be a valuable diagnostic method that determines the degree of risk of disease in a particular patient.

The process of destruction of myelin sheath may initially not manifest itself at all, and only when demyelization affects more than 30-40% of the fibers, disease becomes evident due to the first symptoms. The early signs of disseminated sclerosis do not have defined specificity, so it makes diagnosis difficult.

The following symptoms are characteristic for the onset of disease:


As a rule, these symptoms go away in a few days on their own, but after 1-2 months a new wave of neurological disorders occurs. It can be triggered by physical activity, illness, increased body temperature (including air heating, for example, in a bathhouse).

Classical variant characterizes disease as gradual increase in neurological defects. After several exacerbations the symptomatology does not recede completely. It is characterized by gradually formed paresis, paralysis, lost of control over excrement and urination. Speech disorders, decreased intelligence, signs of vegetative imbalance with fluctuations in blood pressure, muscle spasms appear at later stages.

Disseminated sclerosis is conditionally divided into 4 groups according to the type of course of pathological process:

Remittent:
is characterized by defined periods of exacerbation and remission. Between exacerbations the symptoms of defeat of nervous tissue either recede completely, or functions become partially restored. The remitting flow is the most frequent variant of disseminated sclerosis.

Primary-progressive:
the clinical picture is represented by gradual deterioration of patient's condition practically with no peaks and recessions of symptoms.

Secondary-progressive:
is represented by a gradual transition of remitting flow to a progressive clinical picture.

Progressive with exacerbations:
against the background of permanent deterioration of condition there are pronounced to be exacerbations, at the end of which an increasingly severe neurological defect is formed.

Every year, thousands of people around the world are diagnosed for the first time with «disseminated sclerosis». Unfortunately, non-specificity of the first signs of disease often cause late diagnosis and leads to loss of precious time. Without early therapy, disease often results development of irreversible neurological disorders.

Save your active life and health! Take the DNA test on the genetic predisposition to disseminated sclerosis.

Diagnosis of disseminated sclerosis is based on the patient's complaints, periodicity of development of symptoms and the classical neurological examination (examination of skin sensitivity, reflexes, nystagmus, etc.).

The following methods can be used for confirmation of diagnosis:

MRT
— magnetic resonance tomography: allows to identify multiple foci of demyelination. An advanced MRT technique with paramagnetic contrasting provides information on degree of maturity of lesions and more accurately characterizes change in their size in dynamics.

PMRS
— proton magnetic resonance spectroscopy: is used for evaluation of brain tissue metabolism by measuring concentration of individual substances. The method of PMRS is non-invasive and makes it possible to evaluate the stage of disseminated sclerosis.

Laboratory analysis of cerebrospinal fluid and blood for oligoclonal immunoglobulins
— peculiar markers of chronic inflammatory process in the brain tissues.

Test on induced potential (IP):
is used for analyzing violation of neuronal conduction, identifying localization of lesion and its severity.

Disseminated sclerosis treatment is focused on reversal of an exacerbation, preventing a neurological defect, maintaining vital functions, rehabilitation and socialization of patients.

Depending on the severity of the clinical picture apply:

In order to prevent exacerbations and growth of a neurological defect in disseminated sclerosis:

This treatment mode is based on the property of stem cells to transform into any functional tissue, in this case into the myelin sheath of nerve fibers. This treatment mode based on stem cells is a poorly studied technology and is used in large specialized clinics for especially severe course of disseminated sclerosis.

If treatment and rehabilitation are correct in 1/3 of all patients, the disease has a mild course, in which a decent quality of life is maintained for many years. Thanks to the early use of modern high-tech therapies, in many cases it is possible to take the disease under control, while the life expectancy of such patients practically does not differ from the average in population.

In 10% of cases, prognosis of disseminated sclerosis is unfavorable, with early loss of self-care functions and serious risk of death. Death comes from infectious or pulmonary complications as the work of vital organs.

Favorable flow can be predicted under the following conditions:

Pregnancy refers to undesirable phenomena for patients, since after childbearing the course of disseminated sclerosis often worsens: exacerbations become more frequent and acquire a more aggressive form with the formation of irreversible neurological disorders. In this case, in a few years the patient almost completely loses her motor functions.

Since disseminated sclerosis is a disease with a poorly understood mechanism of development and a well-defined significance of the genetic factor, effective preventive measures have not been developed.

to lead a healthy lifestyle,

to strengthen the immune system

to treat infectious and endocrine diseases on time.

The early diagnosis of disseminated sclerosis is especially important. A diagnosis made in the right time and timely treatment can prevent the development of serious complications and improve quality of life. Given this fact, identification of a genetic predisposition plays an important role in future fate of the patient: against a background of a complex clinical picture of disseminated sclerosis, the DNA test can give the doctor important information and direct the diagnostic search in the right direction.

Think about your health beforehand! Take the DNA test on the genetic predisposition to disseminated sclerosis: start prevention measures and treatment as soon as possible.