Obesity is one of the most urgent problems of modern mankind. The disease is based on deposition of excess adipopexia, which leads to severe consequences for the entire body. 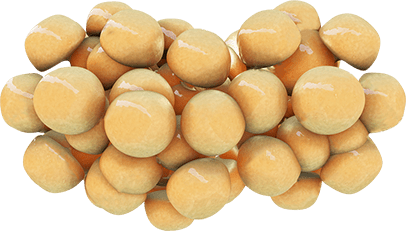 Warn yourself from diseases
Obesity

About a third of population of the United States, countries of the European Union and other developed countries of the world suffers from this disease. Problems, which are associated with obesity, require enormous material investment and pose a serious threat to health and working capacity of people.

Some decades ago, obesity was considered to be a prerogative of rich people, but now the situation has completely changed. Nowadays, the disease has become the fate of people with limited income, which does not allow providing comfort accommodation and food, which is rich in natural fiber, vitamins and minerals.

In despite of the ongoing global efforts to promote healthy lifestyles and to prevent obesity, the incidence of obesity in most countries steadily grows up. This, in its turn, inevitably leads to an increase in the prevalence of atherosclerosis and cardiovascular diseases, which are the logical outcome of obesity.
Reasons of obesity

An obligatory condition for development of obesity is prevalence of consumed calories (energy units) over spent calories. The intensity of calories consumption in the body depends on a variety of factors - physical activity, specific characteristics of enzyme system and digestion, endocrine profile, psychological state, body temperature and environment, general health. That's why people, who have the same growth and eat in the same way, can have different weights and different fat content.

Initially, the human body functioned in conditions of chronic shortage of food and high physical activity. This was compensated by a good appetite and by an ability of gastrointestinal tract to absorb a large number of nutrients: with an abundance of food, a person can usually eat much more than he needs at the moment in order to accumulate fat stores needed for hungry time.

Conditions of human existence have varied considerably in many countries, necessity of energy accumulation "for future" has disappeared, physical activity has decreased for several times, but mechanisms of protection from hunger laid by genes have been preserved. Therefore, a modern person, taking care of his health, should not be guided only by the feeling of hunger and the presence of food nearby: a more balanced, thoughtful approach is needed.

Obesity is a multifactorial disease:, as a rule, there are several negative external and internal factors in its development:

disturbance of sleep and rest;

bottle feeding in the first months of life;

Characteristic features of nutrition, which provokes development of obesity, include not only the excess of its calorie content, but also disrupted frequency of food intake, consumption of large amounts of fats (especially animal origin) and simple carbohydrates (sugar, glucose, starch), a decrease in the consumption of plant fiber, microelements and vitamins.

In a special group of recurrent obesity, which is the result of endocrine disease or the use of certain drugs (for example, neuroleptics, corticosteroids, etc.).

Genetic factor in development of obesity

One of the important risk factors for obesity is a hereditary predisposition, which is realized by a special genotype. The difficulty of assessing the genetic factor is resided in the fact that family cases of obesity are often caused not only by generality of genes, but also by eating habits learned from early childhood. Flavor preferences, regime of food intake, volumes and quality of consumed products affect the formation of dietary stereotypes, which are very difficult to correct.

Nevertheless, the importance of genetic predisposition to obesity is not currently questioned. What features of body can create a fertile ground for the disease?

Thus, there is no specific obesity gene: there is a whole set of different genes that can either increase the risk of obesity or reduce it.

The main sign of obesity is overweight with a predominant fat content. For establishing diagnosis, the patient's weight is compared with the so-called ideal weight. Simplified formula for calculating the ideal weight is the following: height (cm) - 100. Examples: the ideal weight for growth is 162 cm - 62 kg, for a height of 175 cm - 75 kg. Similar calculations are used for preliminary estimation of body weight; specialists tend to use BMI — body mass index.

Normally, BMI is in the range of 18.5-24.5. With excess body weight (the so-called preobesity), the indicator increases: BMI = 25-30. In this case, the diagnosis "obesity" is not established, but the patient is recommended to keep a diet to normalize weight and to reduce the risk of dangerous diseases. It's ought to talk about obesity if BMI is more than 30: this indicator requires medical intervention with survey and development of an individual plan for dietary and drug treatment.

According to increase BMI determines degrees of obesity:

For cases with BMI more than 40, the concept of morbid obesity is used — it's a disease with an especially severe clinical picture, an extremely high risk of endocrine and cardiovascular diseases, a significant decrease in quality and length of life.

Estimating of excess weight by BMI is used for adults. The diagnosis of obesity in children, pregnant women and the elderly is determined by special tables.

Evaluation of deviation of patient's body weight from his individual norm is quite complicated. For example, classical BMI does not take into account age, constitution and cause of weight gain (a classic example is overweight of bodybuilding athletes). For more accurate diagnosis of condition, specialists usually use additional calculation schemes that take into account the volume of chest (correction for constitutional features), the thickness of skin fold, waist circumference, etc.

According to the distribution of body fat, there are two classical types of obesity:

(pear-shaped, gynoid obesity): is more common for women, it forms a pear shaped body form with predominant fat deposition on the buttocks and thighs.

(central, visceral, abdominal obesity, apple-shaped): the main body fat mass accumulates in the abdomen, as well as on the neck, face, chest. Excess fat in large quantities is deposited in the omentum located in the abdominal cavity. Such obesity is more common in men and is considered an unfavorable variant of the disease.

Combination of visceral obesity, lipid metabolism disorders, arterial hypertension and type 2 diabetes (or prediabetes) is called a metabolic syndrome, which is dangerous with severe consequences and threatens with a significant reduction of life expectancy.

Millions of people all over the world are obese, and every extra kilogram increases the risk of dangerous complications. Millions of dollars are spent on treating disease itself and eliminating of serious consequences.

Save your active life and good health! Take the DNA test on the genetic predisposition to obesity.

Obesity is a chronic disease with metabolic disorder, which ultimately leads to defeat of many organs and systems of the body. The importance of obesity is manifested not in violation of external beauty, but in risk of developing the following diseases:

Treatment of obesity implies a long hard work for both a doctor and a patient. Diet therapy as the only method of treatment can be shown only for people with excess weight without clinical obesity (BMI from 25 to 30). In most cases, treatment is complex and combines several approaches.

Nutritional management is a base of treatment obesity. The main principles of diet therapy are:

Diet in case of obesity is prepared by a specialist who takes into account all individual characteristics of a patient and parameters of the course of his illness.

The intensity of physical exercises for obesity should be individualized and takes into account age, general health and related diseases. Patients are recommended to select a measured activity, without prolonged static stress: swimming, walking, running, playing kinds of sport, cycling, etc.

One of the most difficult problems in the treatment of obesity is the patient's motivation. For psychological support of the patient, individual and group sessions with a specialist in obesity are useful. Patients maintain detailed diaries of nutrition and physical activity undergo psychotherapy courses. Properly organized behavioral therapy can significantly improve results of treatment.

Drugs, which reduce appetite and normalize lipid metabolism are shown to almost all patients with clinically significant obesity.

The following drugs are used in obesity pharmacotherapy:

Any medicine therapy has its own indications and contraindications, it can be prescribed only by a doctor and requires mandatory periodic monitoring.

Surgical treatment methods are usually prescribed for patients with 3 degree obesity. The essence of all operations is an artificial decrease in volume of stomach, as a result of which the amount of food consumed is compulsorily reduced.

Treatment of an already formed disease is an extremely time-consuming, long process, requiring mobilization of all patient's strong-willed forces. However, if prevention was started in time, it will be easy enough to keep weight in physiological frames.

harmonization of family and social relations;

timely treatment of infectious and non-infectious diseases.
Preventive measures should be started at an early age. For patients with genetic predisposition to obesity, the above mentioned recommendations are especially actual: without any exaggeration, for them it is a matter of life and death.
Your future in your hands!

DNA test is the only study that can identify genetic predisposition to the disease. The results obtained during the testing will help to make up a plan of preventive measures and will form the basis of personal motivation for a curative lifestyle correction.

Don’t wait for a disease! Take DNA test to genetic predisposition to obesity: arm yourself with a reliable shield of prevention.