Psoriasis is one of the most common skin diseases. The disease is characterized by excessive overgrowth of the epithelium and a typical spots with peeling. Psoriasis significantly worsens quality of patients life and can cause permanent disability. 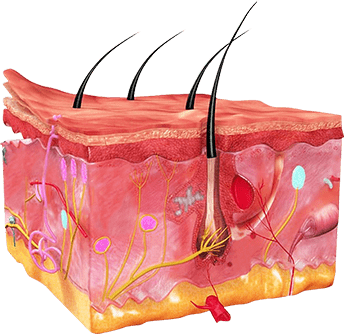 Warn yourself from diseases
Psoriasis

Psoriasis affects approximately 1-2% of population of the whole world. According to some experts' opinion, the prevalence of the disease is significantly higher than its official index: it happens so due to the fact that many patients with psoriasis do not seek help from doctors, but use treatment with traditional remedies, or do not attempt to improve the condition.

Among all dermatological diagnoses, psoriasis is third in prevalence after eczema and acute inflammatory skin diseases. Disease takes particular importance in the light of research of psychological state of patients.

Almost 80% of them note that the periods of recrudescences unsettle them, they feel anger, dissatisfaction with their lives, become self-absorbed, become shy of their kind. In some cases, the disease becomes the cause of severe social maladaptation and even depressive disorders. The frequency of clinically significant depression in patients suffering from psoriasis is twice as much than in the population, and 30% of patients have regular thoughts about suicide.

The disease process is unknown. The recent studies indicate that in nearly 70% of cases in the development of psoriasis involved exactly immune factor, or to be more exactly - the histocompatibility system HLA. A failure may occurs in the system under the influence of negative factors, and it leads to an acceleration of the cell cycle. As a result, a new epithelial cell (keratocyte) is formed and dies not within 311 hours, as happens in physiological conditions, but in just within 36 hours. Epithelium regeneration comes with a 10-fold acceleration, the epithelium grows, and the dead cells accumulate and form characteristic plaques.

Defeat of internal organs in psoriasis is associated with a high concentration of immune complexes in the progressing stage of the disease: they are deposited in tissues and cause various subcutaneous symptoms. That is why, the severe course of disease is accompanied by signs of damages of cardiovascular system, gastrointestinal tract, kidneys, liver, joints.

On participation of HLA system in the development of disease, there are two forms of disease:

The following states and external agents play a special role among the risk factors:

injuries (including operations, tattooing and so on..);

The exact cause of the disease has not yet been established. Nowadays, appearance of psoriasis is associated with genetically determined features of organism in combination with impact of unfavorable external factors.

Genetic factor in the development of psoriasis

More than half of patients have an indication of a psoriasis relative in their family medical history. If one of the parents is ill with psoriasis, risk of developing psoriasis is 3 times higher than in the population; for ones, whose both parents suffer from this disease, risk increases almost 10-fold and reaches 50%. In the situation with enzygotic twins, the severity of the hereditary factor is even more obvious: if one of them falls ill, the probability of another's illness is 70%.

Genetic predisposition is manifested due to specific mechanisms of proliferation (as well as immune defense and metabolism of proteins and lipids.) A genetic study takes into account not one but a whole set of genes and loci that encode one or another stage of the complex mechanism of disease.

The disease usually appears at the age of 15-35 years, but it is not uncommon for later manifestations of psoriasis. About 30% of patients note that the first signs of the disease found themselves in adolescence or juvenile (under the age of 20 years).

Psoriasis may occur on the background of complete health, however, symptoms onset is often preceded by the following:

— is a characteristic sign of disease. Skin covers with pink itchy papules - elevations, which soon become covered with silver scales. Plaques in psoriasis are localized on the hands - in the area of the outer surface of the elbow joint, on the legs - along the front surface of the knee joint, on the hairy part of head - with an emphasis on the hairline, in the folds of the trunk; less often - on the mucous membranes. When you try to completely clean the plaque from the scales, a thin translucent skin is exposed, which, when rubbed, easily traumatizes and forms a "bloody dew" (the smallest droplets of blood appear).

— is psoriatic reaction of skin to minor injuries. Multiple small psoriatic elements appear in place of a cut or abrasion within 1-2 weeks.

— is very frequent symptom of disease. Psoriasis of nails is manifested by change in their shape and structure: longitudinal and transverse grooves, dotty impressions (pitting), turbidity, brittleness, itching appear. The defeat of nail plates is usually prolonged and is not associated with exacerbation of the disease.

it is quite rare in occurence when the treatment regime is not adhered to (too aggressive means of therapy, aggressive sun exposure, etc.). The skin on large areas swells, gets a bright red color, it is covered with a large number of small scales. Temperature can rise up to 40 ° C, the overall condition is critical.

arise against the background of rednes of skin and appear in form of small bullas filled with liquid. Pustules are more often found on the palms and feet, less common generalized lesions develop with fever and severe general condition. Pustular eruptions, as a rule, supplement psoriatic plaques.

— is the most serious form, indicating the release of the pathological process beyond skin covering. It is manifested by severe pain, which increases while exercise and movement in the joint. Pain is often accompanied by an increase in overall temperature, weakness, a decrease in appetite. The joint is swollen, red, hot to the touch. The most often localization of psoriatic arthritis is the joints of hands, feet, and spine. The acute phase becomes subacute and chronic. As a result, arthritis can result in deformation of the joint and the formation of ankylosis (fusion of joint surfaces).

— is an extreme degree of exhaustion in severe disease. It can be the outcome of psoriasis, which occurs with arthritis, prolonged erythroderma and pustular rash.

Millions of people all over the world spend hundreds of thousands dollars on treatment of psoriasis, herewith psychological problems of patients are often stay unresolved, and aggravation follows one after another.

Do not wait when the disease will disrupt your plans! Take the DNA test on the genetic predisposition to psoriasis.

There are several forms of psoriasis by the predominance of this or that symptom:

is characterized by typical skin rashes.

is manifested by additional exudation (exudate of fluid). Psoriatic plaques are covered not only with scales, but also with crusts of dried exudate of yellow color.

— is a form of disease with a predominant lesion of the hairy part of a head. The clinical picture is similar to classical seborrhea, which makes it difficult to timely diagnose.

is registered in 10% of patients. Along with skin symptoms, psoriatic arthritis develops.

In some cases, pustular psoriasis and psoriatic erythroderma are distinguished for the corresponding symptoms of exacerbation.

Psoriasis is disease with well-defined process staging. The periods of exacerbation are replaced by remission, thus their duration can be various - from several days till several months.

New psoriatic plaques occurs, old formations enlarges. Plaques can merge with each other, forming massive affected areas. The course of arthritis and other subcutaneous symptoms worsens.

New rashes are not formed, the course of disease is stabilized.

The size of plaques is reduced, the intensity of peeling decreases, skin is gradually completely or partially cleared.

In a number of cases, the process can acquire an almost continuous flow. In such patients it often develops severe complications with the defeat of vital organs.

Treatment is selected individually and is based on the form of disease, the type of course, the prevailing symptom and condition of a patient. In some cases, it is enough to use local therapy (ointments, psoriasis creams), in others - it is necessary to connect generic drugs.

In the treatment of psoriasis it's used:

With adequate therapy and observance of therapeutic regimen, in most cases it is possible to achieve a favorable course of the disease with rare mild exacerbations. During remission period, patients are recommended to follow sanatorium-resort treatment, to take vitamins, mild sedatives and restorative medicine, and to follow physiotherapy. Considering severity of neuropsychological and depressive mental disorders, in many cases psychotherapy and behavioral therapy can help.

There is no preventive treatment of psoriasis: all recommendations for the prevention of the disease are as follows:

increase stress tolerance.
Your future in your hands!

Duly identified hereditary predisposition can become a good basis for taking prevention measures of psoriasis. For this purpose, an analysis of the family history and DNA testing are made. The genetic test is the only method for diagnosing the degree of individual risk of disease. The results of study will help to make an optimal plan for taking preventive measures and will allow a specialist to diagnose in time.

Take care of yourself and your family! Take the DNA test for a genetic predisposition to psoriasis: make prevention the most effective.